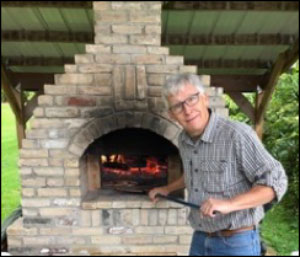 Bring your own drinks, and an appetizer or dessert to share…..please bring items that you can pick-up and eat with your hands, ie. chips, vegetables, cookies or bars.

Matthew Rothschild is the executive director of the Wisconsin Democracy Campaign. Prior to joining the Democracy Campaign at the start of 2015, Mr. Rothschild worked at The Progressive magazine for 32 years. For most of those, he was the editor and publisher of The Progressive. His opinion pieces have run in the Chicago Tribune, the LA Times, the Miami Herald and a host of other newspapers. And he’s appeared on Nightline, NPR, C-SPAN, and the O’Reilly Factor. He is speaking on “The Fight for Democracy.”

State Senator Chris Larson has been a member of the state Senate since 2011. Chris Larson previously served on the Milwaukee County Board and ran two strong but ultimately losing races for Milwaukee County Executive. He supports Medicare-for-all, a wealth tax and the Green New Deal. He is a candidate for Ron Johnson’s U.S. Senate seat in 2022.