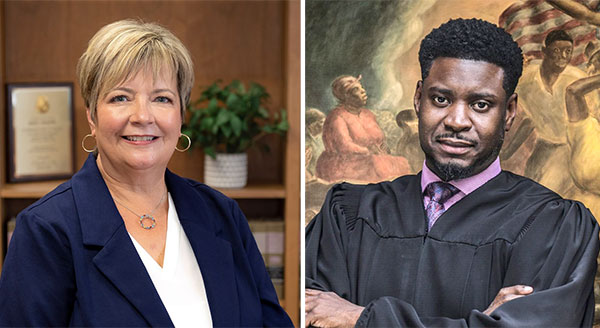 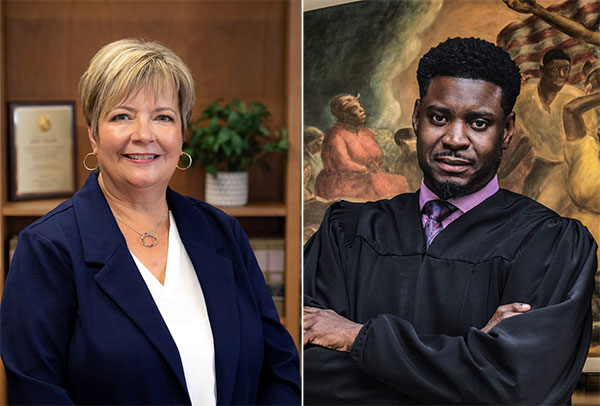 Judge Mitchell is a graduate of Morehouse College, Princeton Theological Seminary, and University of Wisconsin-Madison Law School and is a member of Omega Psi Phi Fraternity, Inc. Currently, he is an adjunct professor at the University of Wisconsin-Madison Law School where he teaches courses on “Race, Racism and the Law” as well as the “Foundational Principles of the Juvenile Justice System.”

During his tenure on the bench, Judge Mitchell has worked with colleagues to change courtroom policies to reflect trauma-informed practices, such as removing restraints and handcuffs on youth during hearings. He joined several judges in petitioning the Wisconsin Supreme Court to support changing the presumption to ensure that children in Wisconsin can attend their court hearings without restraints and handcuffs. Read More…

Judge Janet Protasiewicz is a community leader, a veteran prosecutor, and a lifelong advocate for victims of crime. In nearly a decade as circuit court judge, she has earned the respect of the  community, developing a reputation for being fair and impartial.

Raised in a working-class family, Judge Protasiewicz worked her way through college and law school as a waitress and nonprofit administrator. She earned her bachelor’s degree at UW Milwaukee and her law degree at Marquette University, where she later served as Adjunct  Professor of Law. Before being elected to the bench, she served more than 25 years as Assistant District Attorney, where she prosecuted serious crimes, and successfully argued in front of the Wisconsin Supreme Court.

Throughout her career, Judge Protasiewicz has been deeply involved in the community. She has  served on the boards of the Association of Marquette University Women, the American Red Cross-Wisconsin Chapter, the Polish Heritage Alliance, and Marquette University Law School Alumni Association. She belongs to the Association of  Women Lawyers, TEMPO, Professional Dimensions, Serjeants Inns of Court, Foley Inns of  Court, and Fairchild Inns of Court. Read More…