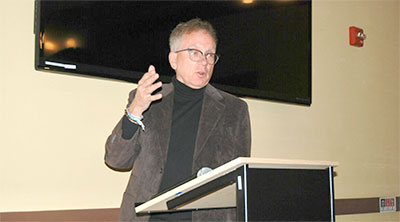 John Nichols, a progressive journalist and author, was the keynote speaker Sunday at a reception hosted by the Jefferson County Democratic Party called “Forward Together.”

The reception, which was attended by some 45 people, was described in a news release by its organizers as an opportunity to thank those participating as volunteers during the November election.

The event, which was free and open to the public, was held at the Fort Atkinson Club Community Center, Fort Atkinson.

Read the full article on FortAtkinsonOnline.com >>